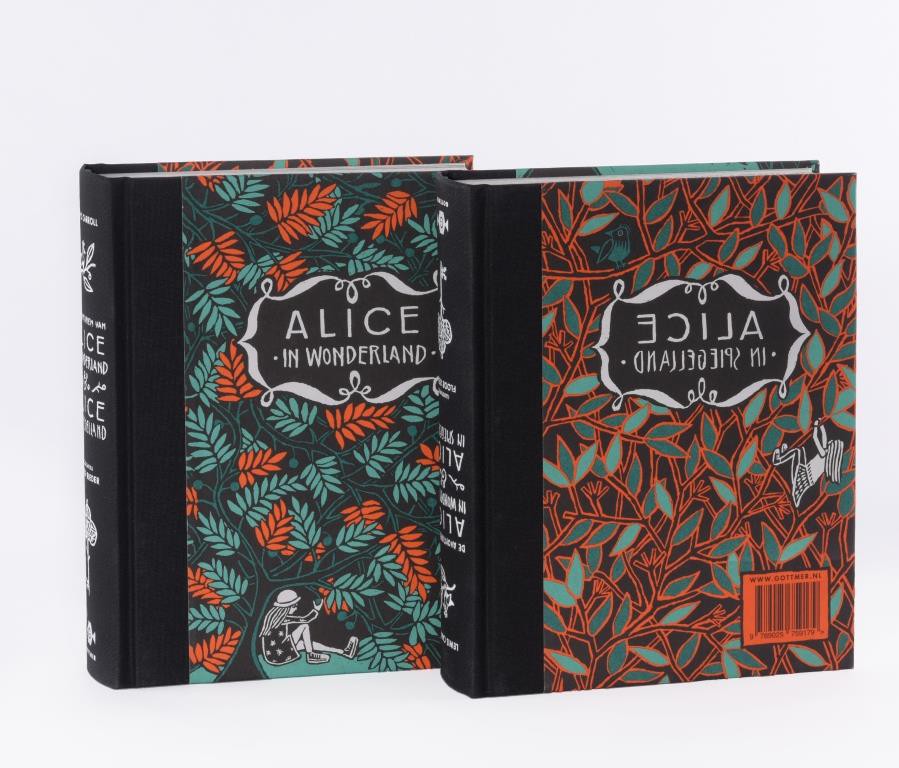 Alice in Wonderland / Alice in Spiegelland is not only one of the Best Dutch Book Designs of 2014, it is also clad in the most beautiful book cover of that year. That is the result of an election held in January. llustrator Floor Rieder and designer Suzanne Nuis are responsible for the book’s appearance, Gottmer, Haarlem, being the publisher.

Libris, the organisation in which some hundred independent booksellers cooperate, initiated this election. Booksellers nominated 15 covers, more than 4,000 readers went to vote.

Between 2001 and 2010 the Best Dutch Book Designs foundation organised this election in collaboration with the Dutch book trade magazine Boekblad. When this initiative was discontinued Libris took over.