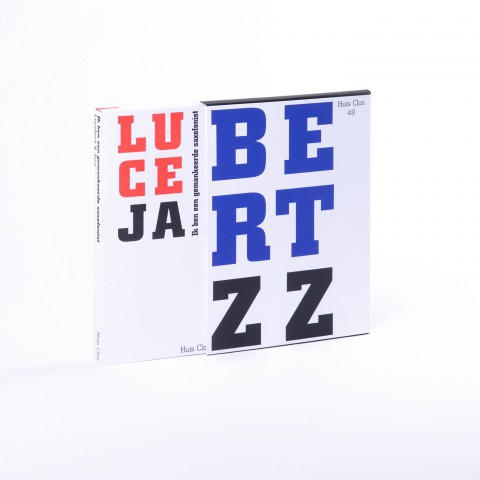 Ik ben een gemankeerde saxofonist (I am a failed saxophone player), the book that came out last year on the connections between Dutch poet Lucebert and jazz, won a honorary diploma at Best Book Design from all over the World, Leipzig’s annual judging of books from a great many countries.

The book traces its subject by presenting Lucebert’s poems and works of visual art, next to photographs, written contributions and two cd’s. There is even a survey of Lucebert’s jazz and blues records. The book was compiled by Ben IJpma and Ben van Melick, was designed by Piet Gerards Ontwerpers, Huis Clos being its publisher.

Founded in 1963, Best Book Design from all over the World is the annual beauty contest for the book since 1991, organised by Stiftung Buchkunst, Frankfurt/Leipzig.

This year the seven judges saw themselves confronted with Best Book selections from thirty countries. Among them were the 33 Best Dutch Book Designs, that had been selected by the Dutch jury just a few days before the judging in Leipzig.